Childhood from my fifty-year experience.

Today it is nice and useful to remind my childhood, when my parents spent a lot of time with me, formed my personal point of view and together sought the main opinion of a jointly watched movie. 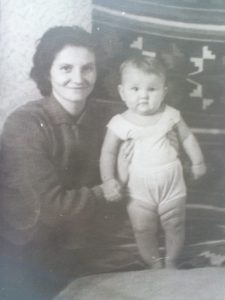 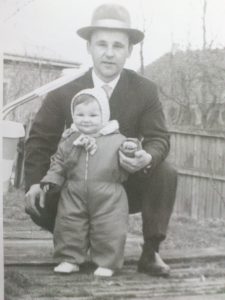 So briefly, but with the specification of significant milestones in my becoming a personality:

Since I was born in February, my parents used the winter baths in the freezing cold, but in the spring I was already in full sun. Rickets  prevention. 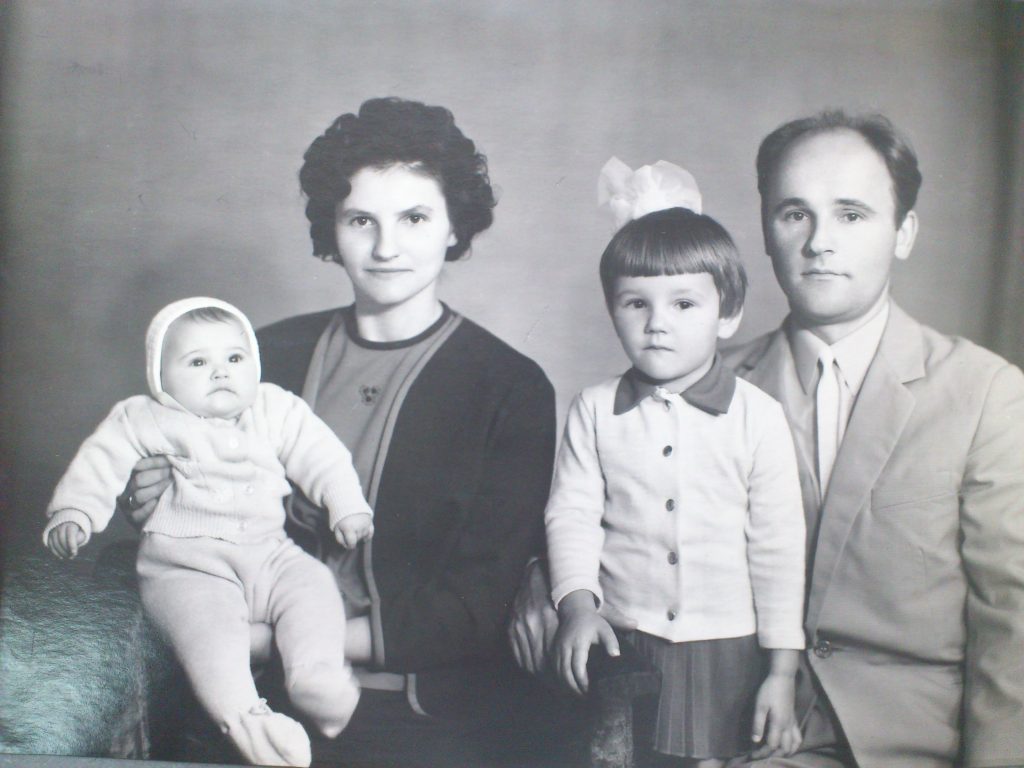 Early admiration for daisies on green grass gradually developed in the love of floriculture. And the morning visits of grandfather beehives with swarms of bees and surprisingly the absence of bites added the courage to be alone with Nature, to observe, to explore the life of flora and fauna. 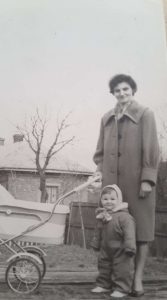 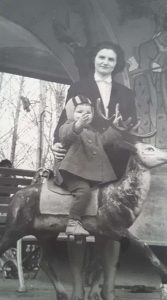 It is the period of basic foundations of my self-identification as a personality, human dignity and honesty, own behavior and responsibility. This is precisely the code that further distinguishes you from a creature by virtue of human values. And further you carry these values and your dignity throughout your life. 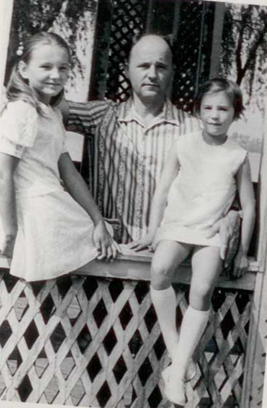 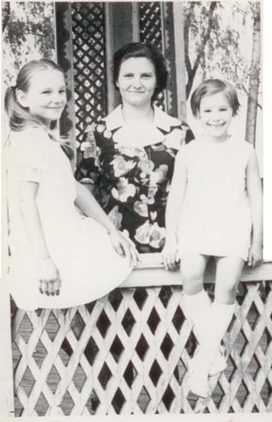 2. Further, the first memories of childhood and 2 directions of life:

Summer cottage as a place of work near the ground and traveling with my family. 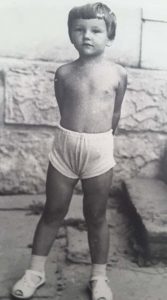 At the cottage, I initially helped my parents – to plant potatoes, the first strawberries and cucumbers – not to step on the stems, not to ruin the crop, to experience or to attach the daddy to the apple trees, and to enjoy the first crops of other varieties on grafted apples. 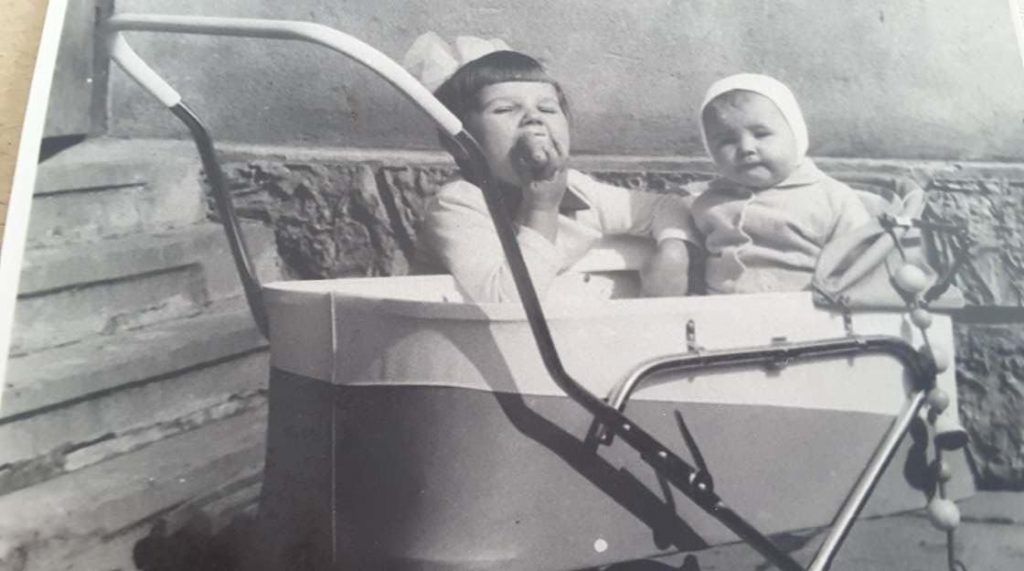 And then – my own garden with flowers and responsibility and pride in what is happening there: you sow, you sit down … and you admire what survived the next visit to the cottage. Cool. This is where my conscious love for Nature began, which has become a staple in my life. And, apparently, love for work. 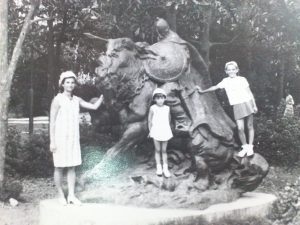 The grandmother called us Gypsies: we quietly went on a weekend trip to Ukraine not to bother the grandmother (the city phone was the only form of communication at that time) and tried to come back to work early Monday morning, and we went to kindergarten.

Of course, during long journeys, we always searched for a long distance phone to call the grandmother.

In short trips, it looked more interesting: after crossing the threshold of the apartment, we hear that the phone is already “broken”. Mom took the handset, and Grandma Maria instead of greeting, asked, “And where were my gypsies this time?” 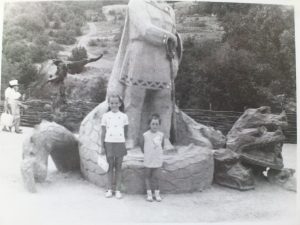 And we did travel a lot by car: the Carpathians, Moldova, Belarus, the Baltic States, the Crimea, the Caucasus right up to the Turkish border, etc.

Yes, there were many trips, and those were the realities of life that I saw with my own eyes. This became the basis of my own outlook. Then, many years later, I clearly recognized and denied info-fakes about the Baltic States, the Caucasus, because at the time I was there and had my own view of the situation. 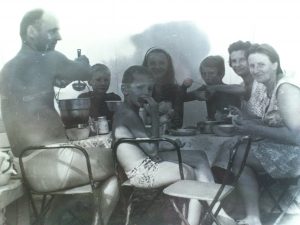 Traveling by train to Kyiv, Minsk, the Baltic States, Moscow, Leningrad (now St. Petersburg) were planned in advance by my parents and mainly included visits to museums, monuments of architecture, historical sites. As a rule, such a trip lasted a week and from there we returned filled with new knowledge, views, rethought in the thoughts and understanding of many historical events. 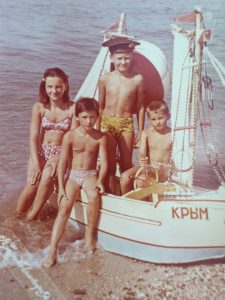 The love of travel goes as a red thread through my life. And already my children practically from diapers started traveling with us to congresses in different countries. A few days before the beginning of the congress and a few days after its end were always devoted to excursions, knowledge of a particular country, city, neighborhood. The area of ​​travel has been expanding and spreading to Europe, the Nordic countries and the Arab world. 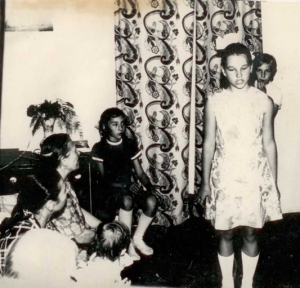 My parents formed these traits from a very young age: if gave the word – obey, speak only the truth, have the courage to defend your own opinion, justify your decision and action.

Many parents attended performances, watched movies. After the session, on the way home, my dad asked me, “What’s the main idea of ​​the movie?” Over time, when I caught the main message for the correct answer, “The Truth Wins!” Next – taught to see the content and essence of the outside of the play, film, life.

This experience has become invaluable in later life when destiny has reformed values, put you before the choice of good and evil, temptation and dignity. 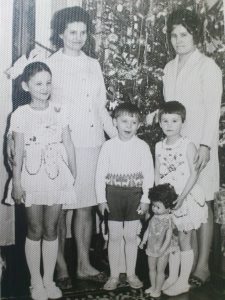 Somewhere very early in my childhood, my parents felt my need to communicate with the wild Naure: I was still a little kid gathering daisies on the grass in the park and could spend hours there. My parents mentioned that they could walk quietly and be calm, that I would not disappear anywhere: there were many daisies. Gradually, this turned into a traditional field trip for the first snowdrops in the village of Bila, strawberries and raspberries, mushrooms, etc. At such moments, we returned home fresh, healthy and happy. Later, Dad said, “If I take my kids out for a few hours on Nature over the weekend, I have a clear rest in the house for a week.”

Flower beds at Grandma Maria’s, at the country house, at home in front of the house – this became the norm of life: every day began with sightseeing – but how are my flowers?

The love of flowers goes red thread throughout my life. Today is not the day for me to be without flowers on my desktop.

There was a love of wildlife, from frogs and worms at the cottage to aquarium fish from childhood. And then in adulthood, it has become a love for big aquariums at home and in the clinic with fish, frogs, turtles, purple-orange crabs, parrots. 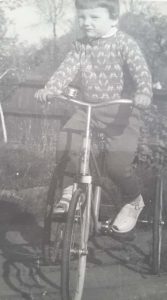 Dad persistently inculcate a love for sports: from the first skills of hardening to serious training in the sports section – swimming, skiing, skating and self-education in figure skating at the school stadium after watching TV, morning gymnastics and cross at the city stadium, pionerball at the neighboring school.

Later, I realized that by inculcate a love for sports, my father had formed a strong character, which in my later life became the basis of business management, rapid decision-making in crisis situations and situational inertia when violating ethics in relationships, business, and life.

As in our house practically all children were at the age of 4 ±2 years, then we had a common games with the guys: from the skills to climb through the fence, climb a tree, play Cossacks robbers within the whole area to the “serious” men’s classes – football, hockey. Leadership has emerged somewhere in these children’s self-organized initiatives. 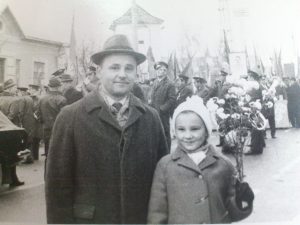 Summarizing the positive experiences of my childhood, I would like to pay attention on the education features that are widely discussed today.

Today, for me, the ideal model of child-rearing is the upbringing of such values ​​in the child: respect for the elders, love for the Earth, respect for people, high responsibility for decisions and actions, respect and gratitude to the teacher for knowledge, formation of healthy ambitions, love and respect for Homeland, to the traditions and customs of the people, patriotism, deep responsibility for the choice of profession and daily professional development.

Unfortunately, today’s imposing fashionable “liberal” parental attitude on child-rearing or over-democratic “lazy” parenting does not make it possible to create and impart such deep human values ​​to children.